A downloadable game for Windows

Hex Empire 3 is unique turn-based strategy game where you can fulfill all of your deepest dreams of becoming a bloodthirsty dictator. All without even taking your fluffy slippers of your feet!

You will get all of future updates for free!
Comes with STEAM key!

In order to download this game you must purchase it at or above the minimum price of $9.99 USD. Your purchase comes with a Steam key. You will get access to the following files:

Dude I loved this game as a kid, it's really disappointing to see that it's been seemingly abandoned for the last 2 years. If the multiplayer ever does finish that would be amazing. Good luck, I hope you finally finish this.

This game is abandoned?

Don't worry, you're not alone out here! :D

Is there online multiplayer available? We are a group who wants to play a multiplayer game like the old classic empire for Amiga we played back in 1990. is it only windows or also ipad or browser?

There is Mac OS and Linux version available on Steam (https://store.steampowered.com/app/722920/Hex_Empire_3/). With every purchase on itch.io you receive a key to download any version on Steam platform, or you can just buy on steam. Multiplayer is in development!

Just bought this and it's awesome! Just one question, have made a map and played it. Wanted to change some stuff though, is it possible to edit the map I've made? Can't seem to figure it out? The option of posting maps would be good too and uploading other user's maps would also be good.

You can edit maps you created by pressing "Browse" button in the Editor launcher menu, just as you select a map to play in the Squirmish menu. There will be map sharing added through the Steam platform (you can claim your Steam key on itch.io, as you bought it).

Thanks for the speedy reply. My issue is that I can select my map by pressing the 'browse' button and it will show me the thumbnail, but then the only buttons I choose after that are the 'New Empty Map' button, which obviously just opens a new empty map, or the 'Start' button, which only allows me to play the map I made, not to edit it.

I found a bug, where if I use my last move to capture an enemy capital, with other nations still left, I get the economy popup for a split second but then it is immediately overwritten by the "You beat the other nation popup." When I close that the economy popup is gone, I don't have any moves left and I can't even click on end turn. The game just softlocks up.

For now exiting to menu and resuming fixes it, bringing up the economy window and letting me progress, but it's still a bit annoying.

Sorry, will fix it

Cheers, and otherwise good work on the game so far

I just uploaded new version, this bug should be now fixed.

Lots of pixalation on the map since the update

Pixelation? Can you show a screenshot? 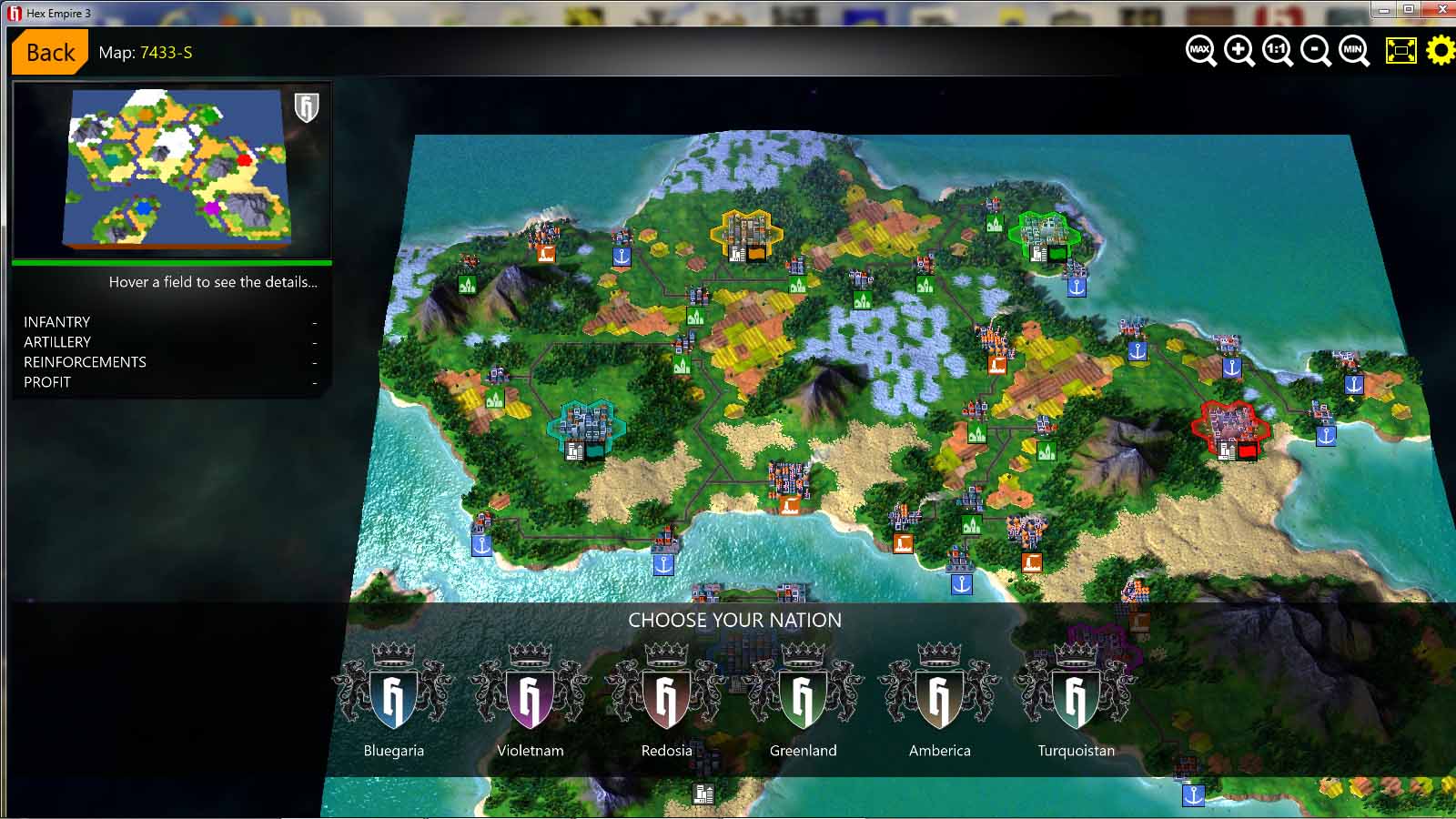 Looks like only snow is wrong? Curious, I will fix it but it may be hard as it looks ok on most computers.

I see what you mean.  To me it initialy looked like continious white blinking  blobs and tended to be distracting (as though it wasn't meant to be so striking) - sorry about that - I should have looked at it more closely. I immediatly thought it was a pixalation problem that I thought wasn't there before the upgrade. Again, sorry for my over-reaction.

But it definitely is a real problem and should be fixed, is it even blinking?

Yes - it's flashing all the time, but it  as you say, appears to just be the snowy regions.

Brill job - and you fixed it in double quick time - You're a marvel. Cheers and thanks a lot.

Thanks, I think it's indeed a bug, will be fixed this weekend.

The bug is fixed in the latest update.
Hex Empire 2 was a flash multiplayer game that I made for apparently defunct company, so the servers are off and the game is no longer available. Hex Empire 3 is much much better :).

I swear to God I have played Hex Empire 2 before, so theres no way that the game is permanently lost, but I'm pretty sure that all their servers for the game are dead.

On the topic of Hex Empire 2, during my search for a working version of it I found a version of the game on Miniplay.com. The game displays a loading screen, but then gives an error message saying to email support@come2play.com. Have you ever worked with come2play.com?

Yes, I made HexEmpire 2 for come2play, I see they apparently still exist, but changed profile. I own client for the game but they owned the server side, so it can't be run anymore.

I probably have sources for the games somewhere on old hard drives.

This looks a lot like your old Hex Empires Grave Consequences game. what are the key differences between the versions?

Have you played it?

The original Hex Empire is one of my favourite browser games ever to play during breaks, so its awesome to see you're making another one! I'm enjoying it a lot so far.

I was wondering if there is a way to break pacts? At the moment I seem to have to wait for my ally to betray me, while I would like to be the one doing the betrayal >:)

At the moment pacts are automatically broken when there are 3 players left, maybe it will be different later :).

Will there be another hex empires and whatever happened to the original creator. I have so many questions.

I am the original creator. What do you mean by "another hex empires".

Hello, sir, when will HE3 be posted on steam? I do not have PayPal, I can only use Alipay (China's payment platform) to pay 5 US dollars, if you can consider increasing the Alipay payment method.

I can't accept Alipay for now, I can accept cryptocurrencies on request. Hopefully the game will be on Steam in February.

Do you think this will be on steam? lots of love from a fan, thanks!

Yes, it will be on Steam for sure, but everybody who buys on itch.io will receive a Steam key for free! And it really helps us, so don't hesitate! ;)

hey there! I loved your game when it was out f2p and now i really want to buy it but unfortunetly i do not have paypal and can't have it, is there a way for you to add another payment method? paysafecard for example?

We will try to add more methods in close future. Using Paypal you can pay with a debit card without creating an account, if it won't work for you please wait a little. 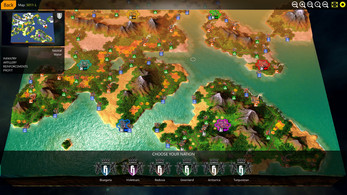 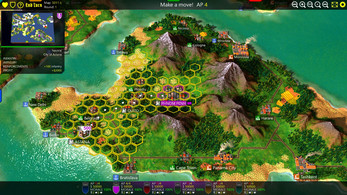 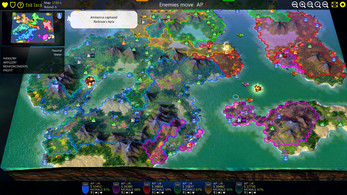 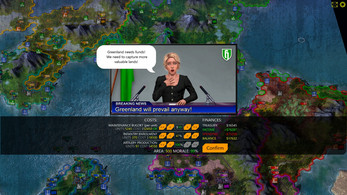 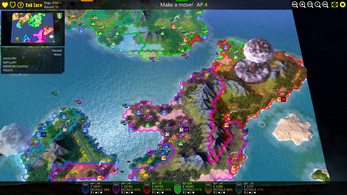 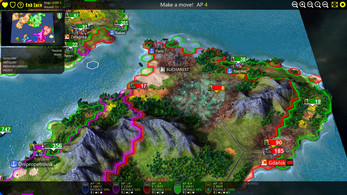